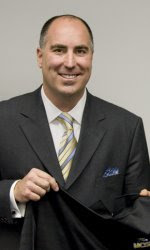 This is a great hire, and good luck Mark.
Posted by Gaucho Greg at 8:34 AM