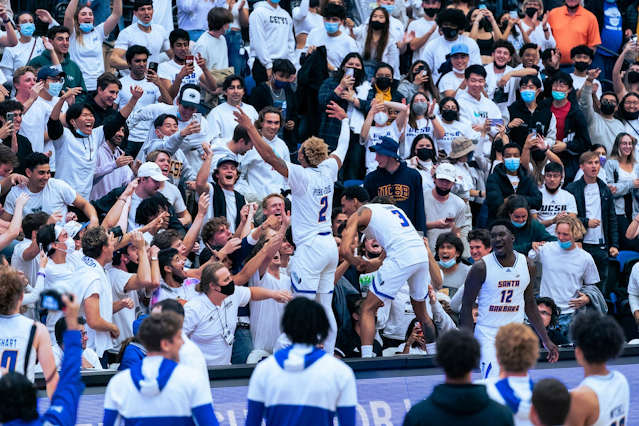 Posted by Gaucho Greg at 5:44 PM No comments:

Posted by Gaucho Greg at 9:50 PM No comments: 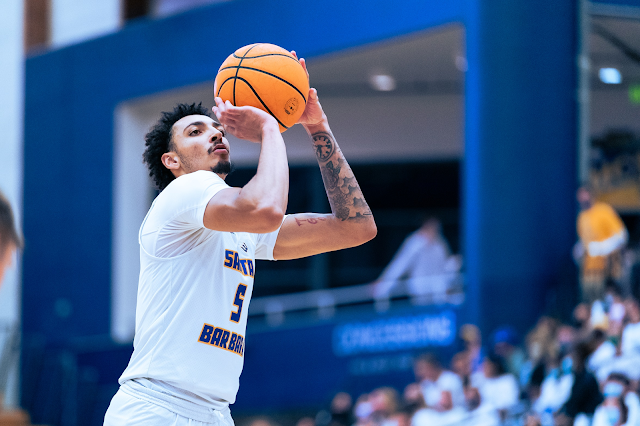 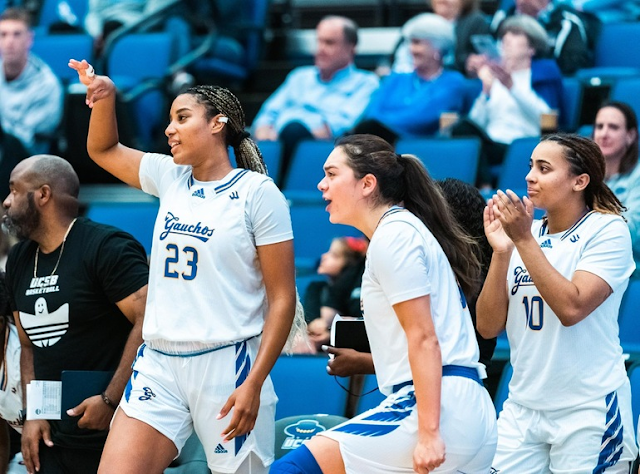 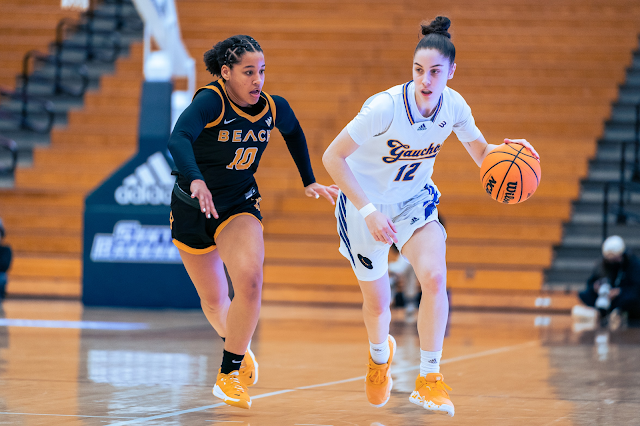 Gaucho Hoops ("GH"):  Hi Coach, thanks for taking this preseason interview.  The team has some nicks and injuries?

Joe Pasternack ("JP):  We're banged up pretty good here, and early practices, that's what happens.  And hopefully, there's nothing major.  We are banged up, and just trying to build our culture for the team, and acclimate the new guys into the team. They haven't been here long to learn on how to do things.  I think our guys are getting sick of playing against each other, and getting ready to play against somebody with a different color jersey.  It'll be great.

GH:  As far as the newer players, let's start there.  Who do you think will have a major impact--maybe even start?

JP:  I think Andre Kelly.  He's going to hopefully be a primary player for us.  Matija Belic--he's really done well for us.  KK--Koat Keat, Evans Kipruto--we're all really happy we got all of them.  So they all can have a role here for us, at one point or another, as it goes, either earlier or later.  With injuries and all the things that happen during a basketball season.  All of them are definitely going to be good enough to play for us this year.

JP:  I don't even think about redshirting right now, until the first game.  But all of them can play.  How they'll actually be able to do in a conference game?  We don't know.  We're not there yet.

GH:  Let's focus on the new players.  We kinda know what to expect from the returning players.  I'm sure there are some improvements.  But as far as the newcomers, can you start with Andre--and what he brings?  How you intend to use him?

JP:  Andre has experience--that's what he brings.  He's done it at the PAC 12 level. He's a big body who has great, great hands. He's a very good passer.  He can score in the post.

GH:  When you say he's a good passer: is that out of the low post, or the high-low?

JP:  Everything.  He can pass out of the high post, out of the low post, off of ball screens.  He does a really good job with that.  I'm very impressed with his passing ability.

GH:  Wow, that's a really good wrinkle. So he can play with his back to the basket.  Can he play facing the basket too?

JP:  Yeah, he can drive the ball as well.

JP:  KK is a really good rebounder.  One thing he can do is really rebound the basketball on both ends of the floor.

GH:  What about his defensive capabilities?

JP:  Defense is probably his strength.

GH:  What about Kipruto?

JP:  Kipruto is an incoming sophomore.  He's got a 7'4" wingspan   He's just really learning, but I think he's got a chance of being really good.  Defensively, his length bothers people.  He's long, he's athletic, he plays really hard.  He rebounds the ball.

GH:  Are Kipruto and KK interchangeable at the 4 and 5?

GH:  How about his defense, given he's a Euro guy.

GH:  Let's start with the returnees.  How is Miles doing?  I know he's working on rebounding.

JP:  Miles is working really hard.  He's working on attacking the glass, the offensive glass.  I'm really proud of him.

GH:  Miles has a 3 point shot.  He can take it to the hole.  Is he working on any back to the basket stuff?

JP:  He's working on it.  That's not his strength.  Teams are switching on ball screens, and we'll have to take advantage of that.

GH:  With rebounding, has he added any muscle?

JP:  We're just gonna play with a lot of different lineups, to be honest with you.  We're playing 3 guards.  It's not really a 3 man.  We have 7 perimeter players.  Ajay, Calvin, Cole, Ajare, Josh, Zach, and Matija.  And we could go with 3 perimeter guards.

GH:  It's going to be pretty deep on the perimeter, it looks like.

JP:  It's going to be a highly competitive environment.

GH:  Ajay will be starting at the point guard.  Who's backing him up?

GH:  Who are the team captains?

JP:  We haven't gotten there yet.

GH:  What about Ajare, what's his status.  What's he working on?

GH:  His photo looks like he's bulked up a little bit.  With the covid extra year, are some of the seniors going to take the extra year?  Have you navigated through that?

GH:  Is that your biggest concern right now?  On defense?

JP:  Yes, defending, and rebounding are my biggest concerns.

GH:  How about Calvin, JPL and Cole?

JP:  Calvin has had an amazing summer and fall, playing the best basketball of his career.  I'm really excited about watching him this year.

JP:  Josh obviously has a great chance to be a great defender for us.  A rebounder, and his energy enables him to be a great difference-maker for us from a defensive and rebounding standpoint.  His defense leads to scoring for us.  He's worked really hard on his shot this summer.  We're going to need him to be solid for us.

JP:  Cole's doing well.  He's worked really hard.  He's working really hard on becoming a better defender.  He really loves the game.  He's in the gym more than anybody else on our team.  So it will be exciting to see what he can do this year.  He's a weapon.

GH: He's always had a pretty good shot obviously.  Part of shooting is working to get open.  What is he doing there to get more separation?

JP:  Cole is driving the ball more.  He'll have a really good year for us, I think.

GH:  So he's not just a catch and shoot.  He can drive  He can dribble, pull up and shoot?

JP:  Zach is working really hard.  He's had major ankle and knee surgeries.  He's working hard to get healthy.  He's not fully back yet.  He had a good summer, but right now he's just trying to get as healthy as possible.

GH:  His strengths are defense and rebounding?

JP:  He's a big guy.  He can score.  He can really score, he can shoot the ball, drive the ball.  Tough, strong kid, can defend.

GH:  What about Kukic?

JP:  Jakov has worked really hard, and he's waited for 4 years for playing time, and now he's going to have to prove his experience has paid off, he's got so much experience in our program.

GH:  So that experience in the program helps, right?

GH:  What about Ariel?

JP:  Ariel Bland was a freshman last year, and again he's going to be playing at the 4.  He's an athletic rebounder, a defender, and a guy that just runs really hard.  He's done well to play his role.

GH:  So it sounds like the team is going to be really deep.

JP:  Yes, there's not a big difference between our players.  So it's ultimately going to come down to how we defend and rebound.  And that is a question mark.  Last year, we didn't do it.  And our team choked.  We have a lot more experience this year, and hopefully we can become a great defending and rebounding team.

GH:  What do you think the key is to defending better?  Is it a mindset?

GH:  And that's communication, too?

GH:  So the three keys:  one is defense, obviously.  Two is rebounding.  What would be the third key?

JP:  Chemistry.  You have a lot of players that want to play.  You can have all the talent in the world on paper, but the Lakers are a good example.  LeBron James, Anthony Davis, Russell Westbrook, many would have picked them to win the world championship based on talent.  It's not always talent.  It's chemistry, and a lot of luck with injuries.  And an incredible attitude and discipline, and a team that plays really, really hard.  And right now, we're not there.  We're a work in progress.

GH:  I'll try to make it to the first game against SFSU.  The fans are really excited.  I mean, we lost Amadou and Robinson.  The fans are stoked, and alot of the basketball writers are picking us as favorites.  You guys are definitely the favorites in the Big West.

JP:  Yeah, but last year we were too, and we finished in 5th place.

GH:  That's good motivation, Coach.  Any other comments on other programs?

JP:  No, every year the Big West is always competitive, and I think it will be this year, too.  For us, we had amazing leadership with Jaquori, Devearl, and Brandon Cyrus.  What our leadership is will really show a lot about us.

GH:  Can you be specific on what that leadership is?

JP:  Brandon, Devearl and Jaquori--they were in their senior years.  They had that urgency.  The urgency they had on a daily basis was unbelievable.  The leadership they showed and holding each teammate accountable, because they wanted to win a ring.  Was unbelievable.  And right now, we're searching for that leadership.

GH:  Any other comments?

JP:  November 7 is our goal to get the place sold out.  That first game sets the tone for the season.  That'd be the biggest thing.  Get the students and the community out.  If you're going to pick one game to come to, come November 7.

JP:  I think you can go wherever you can go putting it out there.  That's the deal.  Get that game sold out.

GH:  I have an idea.  You know how every game has the 3 keys to winning?  You should get Santa Barbara BMW to sponsor that segment.  Like what are the 3 keys to the game?  Keys to the car.

GH:  I don't know who your marketing director is, but you should run it by him/her.

JP:  You're talking to him.

GH:  <laughs>  You don't have a marketing director?

JP:  No, we're looking for one, if you have anybody.  Let's really get this game ratcheted up, November 7.

GH:  Will do.  Thanks Coach, I really appreciate your time.

JP:  Thanks, man, let me know if need anything. 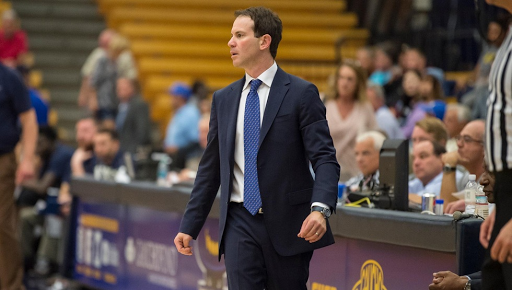 Posted by Gaucho Greg at 5:33 AM No comments: 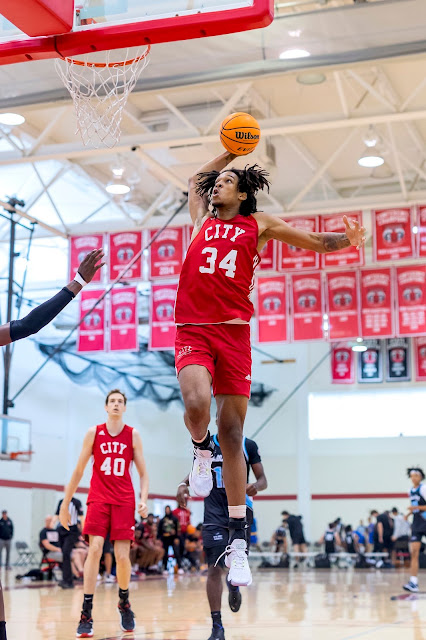 Posted by Gaucho Greg at 9:34 PM No comments:

Posted by Gaucho Greg at 9:26 PM No comments:

Posted by Gaucho Greg at 3:35 PM No comments: