Gauchos Leland King II and Gabe Vincent of Team Big West win their first round game of the 3x3 U National Championship.  They also win $1000 in the process.  They will play more games tomorrow in San Antonio. 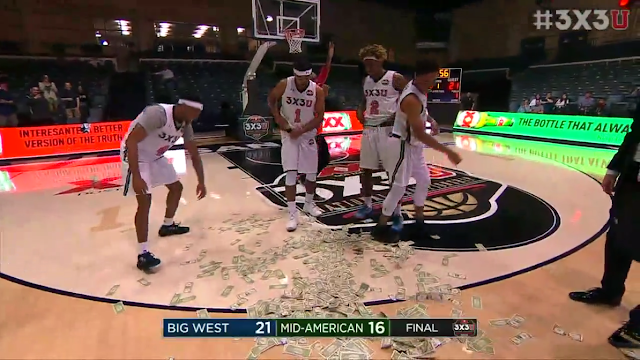 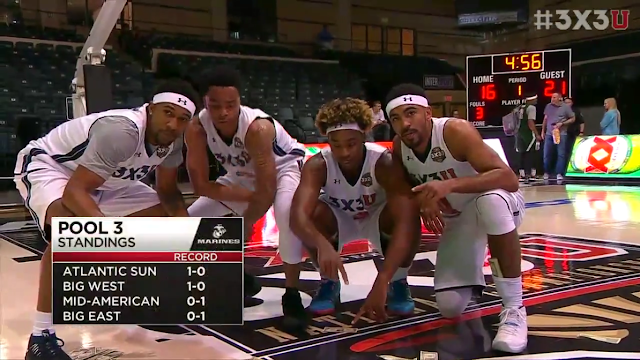 Posted by Gaucho Greg at 9:27 PM No comments:

https://twitter.com/3X3UHoops
Posted by Gaucho Greg at 6:43 PM No comments: 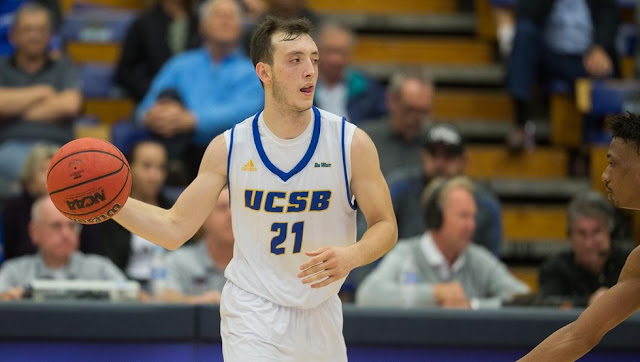 Posted by Gaucho Greg at 4:22 PM No comments: 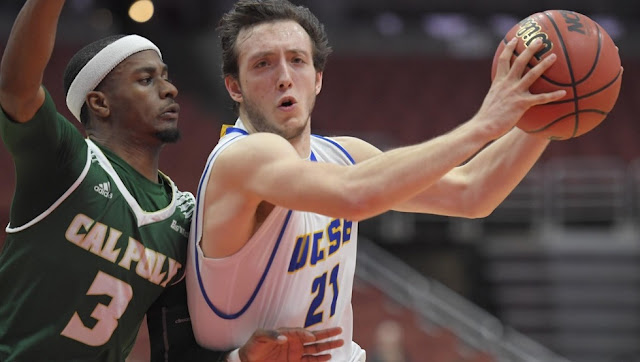 Posted by Gaucho Greg at 6:53 PM No comments:

Posted by Gaucho Greg at 3:49 AM No comments: 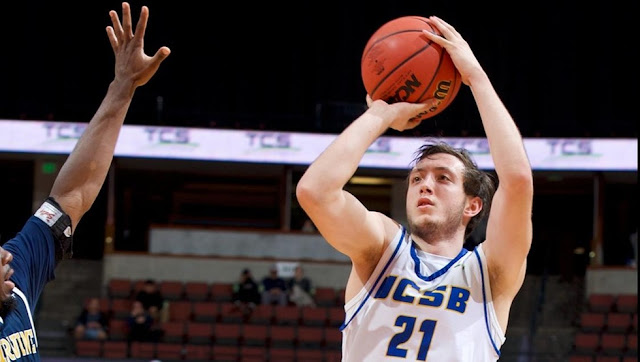 Posted by Gaucho Greg at 3:43 AM No comments:

http://www.keyt.com/sports/gauchos-crush-cal-poly-on-day-one-of-the-big-west-tournament/713802609
Posted by Gaucho Greg at 11:03 PM No comments: 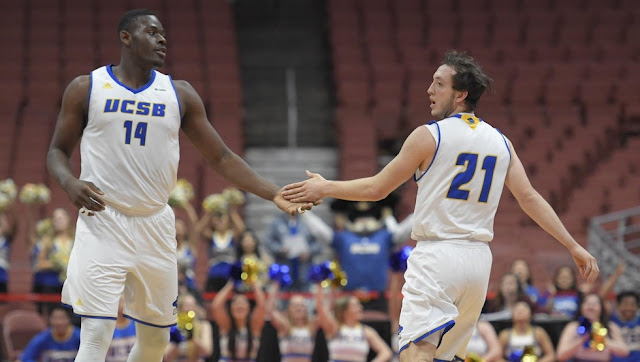 Posted by Gaucho Greg at 1:33 PM No comments: 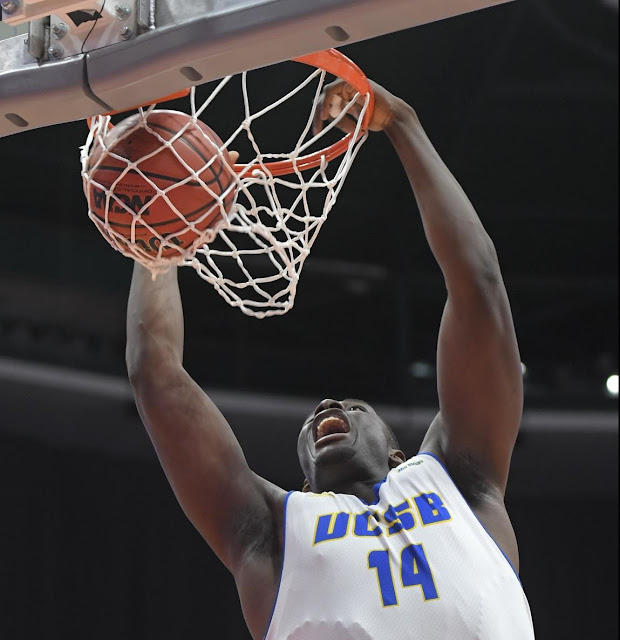 Posted by Gaucho Greg at 1:27 PM No comments:

http://www.keyt.com/sports/despite-16-win-improvement-ucsbs-joe-pasternack-is-not-selected-as-big-west-coach-of-year/711874537
Posted by Gaucho Greg at 8:12 AM No comments: 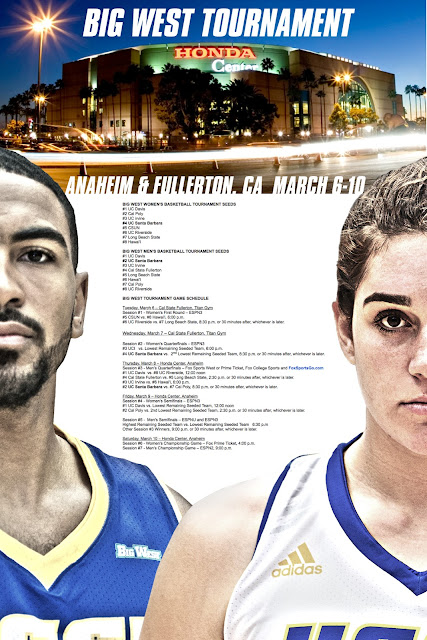 Posted by Gaucho Greg at 9:51 PM No comments:

https://www.midmajormadness.com/2018/3/5/17052016/big-west-tournament-bracket-uc-davis-uc-irvine-uc-santa-barbara-hawaii-lbsu-cal-state-fullerton-poly
Posted by Gaucho Greg at 9:44 PM No comments: 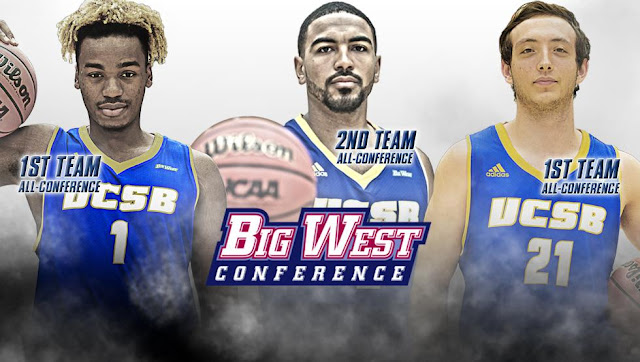 Posted by Gaucho Greg at 9:23 PM No comments: 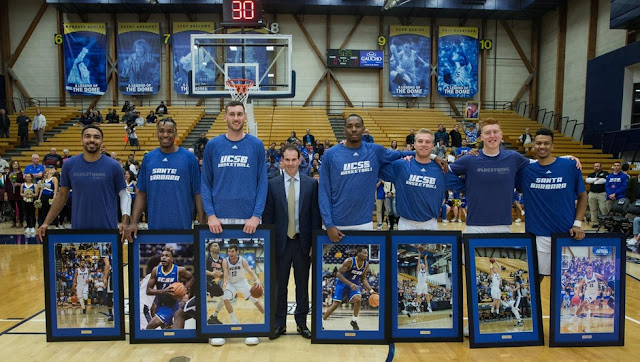 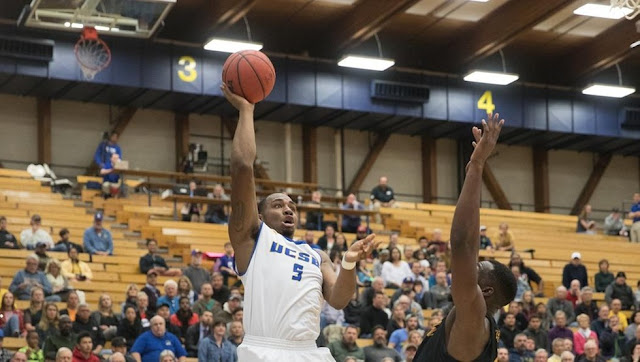 Posted by Gaucho Greg at 8:11 PM No comments:

UCSB vs. Cal Poly Preview
Saturday, March 3, 2018, 7:00 PST
***Senior Night***
Congratulations to Gabe Vincent who has a chance to become UCSB’s all-time 3 point scorer Saturday night, sitting just two shy of Michael Bryson.  Also to fellow Seniors Jalen Canty and Alex Hart.  Not sure if they will be acknowledged but we also say good bye to the superb grad transfers Leland King & Marcus Jackson.  And, according to others, Juniors JD Slajchert and Sam Walters will not be playing hoops next year so this too will be their final home game. Thank you all for a fantastic season and all you've given to the Gaucho program, we hope to keep it going all the way to the Big Dance!

Coach:
Joe Callero is in his 9th season at the helm of the Mustangs with a record of 120-159.  His earlier teams had a reputation for a stingy defense and slow-down style of play but the last couple seasons have not been so.  He has had only two winning seasons with the Mustangs, the last coming in 2012-13.  If things go according to prediction, this will be the 5th or 6th consecutive year that CP will be the 7th seed in the BWT.


View from a Poly Fan:
--With thanks and credit to ccman.  Yes, ccman is primarily a LB fan but also has connections to the Poly program and follows them too.  So as a fan of both our rivals, he is our most hated guest ;-).   Write up from before the first game (no update):
"Don't think UCSB has much to worry about Poly,  Callero is getting tuned out as usual - lol Callero talks too much so his players tune him out & Monson talks to little with little substance so his players tune him out.   Joseph & Fields started out strong, but they've sputtered and with that Poly is really in a funk.  Martin returning hasn't helped.  SInce their win up in Alaska, they are not a good team.  Ever since the shot clock change, Callero I think has struggled to find a formula.   I haven't followed Poly enough (seen them) to get a good handle, I was up in Palo Alto for the opening game vs. Stanford, and I thought they looked ok to me there especially the two guards.  Their bigs are major major stiffs - Poly's problem is simply they have really bad quickness outside of the two guards, and then those two guards are small - there's so much stuff to exploit on that team.  Not quick enough to play defense. Callero has always focused on minimizing turnovers, but I think the issue is they end up not passing strong enough to create better opportunities.  I personally think they need to burn more clock with as slow as a team as that is.  Bottom line is the two guards can beat Big West guards off the dribble (which might give UCSB some issues), but all the other players are easy to guard or so one-dimensional (Martin really can't shoot), that Poly doesn't get good shots, and then they are easy to break down with wings that can't guard very well.  IMO THey need to slow it down for 32 minutes a game, burn clock, maybe get their quick line-up with Martin and the two guards that they can mix it up for 7-8 minutes a game to change things.  with that said, it's the Big West, they could go 9-7"

Game One Recap
A game that started off as a laugher as UCSB shot out to a 23-2 lead finished as a heartbreaker as the Mustangs fought all the way back to win on three last second free throws on a controversial foul call on a half court shot.  Donovan Fields led the way for the Mustangs by slicing through the Gaucho defense at will scoring 22 points with 7 assists.  Up until his last second foul on Luke Meikle, Canty was having his best game as a Gaucho with 21 points on 4-7 shooting, 10 rebounds and an amazing 6 blocks.

Match-up & prediction:
The Gauchos are limping to the finish but they should overcome recent offensive woes against the worst offense in the league on a team yet to win on the road in conference play. I expect Max will sit or play little this game so he can get plenty of rest for the BWT  Expect Terrell in the line-up at wing with Gabe shifting over to SG.  As Poly is the most likely opponent for UCSB in the first round, we might see some wrinkles from JP.
Some things to watch for:  Ami has not played well and Canty is still working his way back after the suspension so will be interesting to see how many minutes each gets.  UCSB has improved slightly in defending the quick pgs but it is still their Achilles heel.  Will they be able to slow down Fields?  I just don’t think Poly will catch lightning in a bottle twice and I imagine that UCSB will have that opening loss still fresh in their minds and will play with purpose.
If not the last game before the BWT I’d predict an 18+ point victory but I think this one will be a bit ugly at times.
UCSB 79  CP 67

Official Site:    http://www.calpolymustangs.com/sports/mbkb/index
Hey Guys! To   https://www.tapatalk.com/groups/calpolymustangs/
How to Watch:  http://bigwest.sidearmstreaming.com/watch/?Live=281
Posted by Gaucho Greg at 8:03 PM No comments: 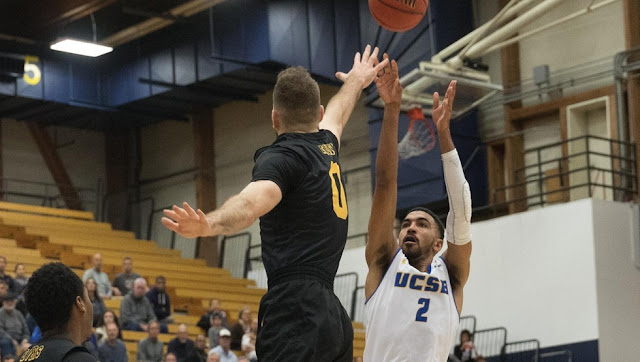 Posted by Gaucho Greg at 1:31 AM No comments:

March Is Here! The Race for First Continues for UCSB 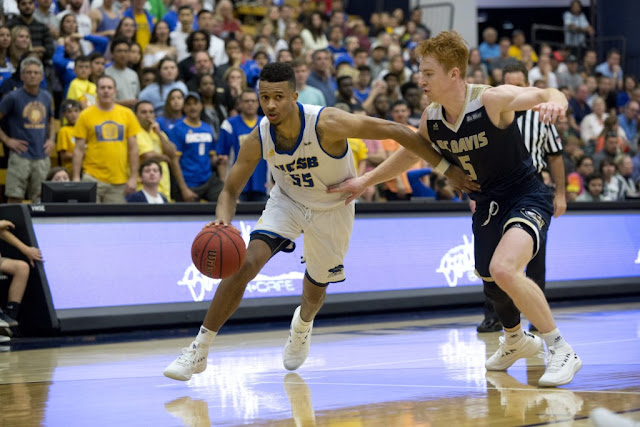