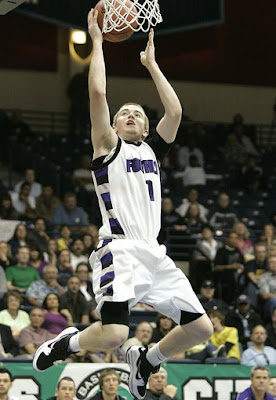 Headed for UC Santa Barbara in the fall, the 6-foot-3 Leaf will take with him the section career scoring record, becoming the first local player to surpass 3,000 points.

Leaf finished with 3,318, third in state history, according to Cal-Hi Sports. He left previous record-holder and current San Diego State player Tyrone Shelley (2,962 with Christian and Crawford in 2004-2007) well in his wake.

“I didn’t realize until the end of last year that I had a chance at the (scoring) record,” said Leaf, 18. “I’m proud of that record. But even better was playing on a team with Kalob (Hatcher) for four years and J’Vonte Brooks. We won four straight section (Division V) titles and no one can ever do better than that.”