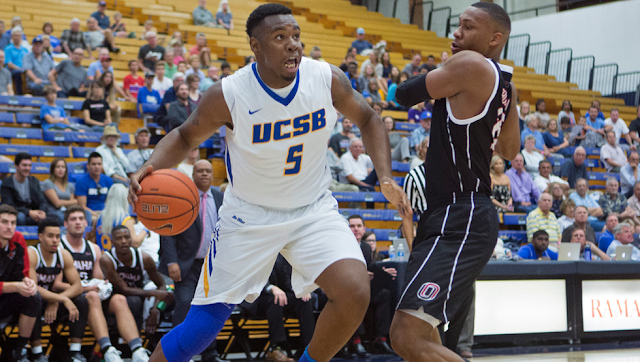 It will be strength vs. strength in the first matchup ever between the two schools.  returns last season's Second Team All-WAC senior guard Dedrick Basile and this season's leading scorer in senior guard Jaylin Airington in their backcourt.  They will be matched up with 's strength in senior point guard Eric Childress and junior shooting guard Gabe Vincent, both Honorable Mention All-BWC selections last season.  The team who wins this match up could very well come away with a victory.

CSU-Bakersfield, the reigning Western Athletic Conference champions, are a legitimate threat to repeat.  Basile returns, and will be looked upon to produce even more following the graduation of Aly Ahmed and Kevin Mays, the team’s top two scorers and rebounders last season.  The 5'10" Basile sent the Roadrunners to the NCAA Tournament with the game-winning bucket in the WAC tournament.  He will be the focal point of the offense this season, a year removed from averaging 12.0 points, 3.3 rebounds, and 3.7 assists per game.  The cabinet is far from bare for Rod Barnes, the head coach of the Roadrunners. Jaylin Airington and Brett Wrapp are two other starting returnees.  Airington in particular has flourished early this season, scoring a career-high 31 points in a 78-66 loss to powerhouse .  Damiyne Durham averaged 11.7 points per game off the bench last season, and made 89 3-point shots.  Matt Smith provides a presence on defense and on the glass.

The Gauchos will need to capitalize on their strength in the interior on offense, with Jalen Canty and backup Ami Lakoju manning the center spot.  Alex Hart and the committee at the power forward position will have to step up on converting on layups and cleaning the glass.  Vincent and Childress will need to knock down perimeter shots and create scoring opportunities for teammates with dribble penetration.  On defense, the 3-2 zone defense will need to close out on perimeter shooters quicker, while minimizing 's slashers into the lane, where the defense can break down.