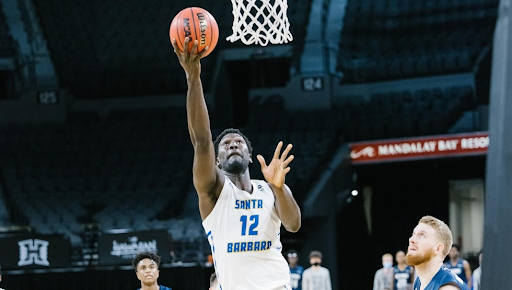 You knew it was going to come down to this. Rocky had his Apollo Creed, Superman had his Kryptonite, Daniel had his Johnny (wax on, wax off), Joe Exotic had his Carole Baskin, etc. Like it or not, UC Irvine has been the team to beat for going on 7-8 years. This is Irvine's 4th consecutive Big West Tournament finals appearance and its 6th since 2013. UC Irvine is 2-6 all-time in BWT championship games, and are the defending tournament champions (2019).This will be UCSB's 5th time playing for all the marbles, but the first time that Joe Pasternack has led them to the brink. The Gauchos won it back in 2002 (vs. Utah State) in Bob Williams' 4th season as head coach, and then returned for 3 straight appearances in 2010, 2011 and 2012 (all vs. Long Beach State). UCSB is 3-1 all-time in the title game. In all previous instances, the Gauchos had to defeat the perceived best other team in the conference to advance.And so the Big West Conference gets its marquee matchup. The conference, in its infinite wisdom, decided to match the consensus co-favorites in the first weekend of the season down in Irvine. UCSB had looked good coming into the 2-game set, having taken 2 out of 3 from WCC contenders LMU/Pepperdine. Meanwhile, UCI looked like it was struggling connecting a young group of guards with a veteran group of forwards. The series, coming near the height of the pandemic breakout in Southern California, ended up being the only Big West series played that weekend. We all know what happened next. UC Irvine reverted to form and stomped UC Santa Barbara. The final score of 75-56 didn't even do the disparity in play justice. No Gaucho starter broke double digits, and the team shot 12% from the three-point line. Meanwhile, Brad Greene was 6-for-8 from the field and grabbed 12 rebounds and Irvine shot 53% and outrebounded Santa Barbara 39-29. Anyone who watched the entire thing is simply a glutton for punishment.The Gauchos, to their credit, didn't hang their heads. They returned the next night and played a game that would have beaten most teams. UCSB led 58-49 with 7:49 remaining, but UCI went on a 13-0 run and held on for a 73-69 victory. UCSB still got trashed on the boards (37-26), but otherwise stood toe-to-toe with the Anteaters.Again to their credit, the Gauchos turned that early 0-2 deficit into a regular-season conference championship and the #1 seed in this tournament. UC Irvine stumbled during conference play, losing one each to Hawai'i, UC Riverside, CSU Bakersfield and Cal State Fullerton...at which time I ate my hat. UCI even struggled to dispose of 10th-seeded Cal Poly in the BWT Quarterfinals, winning by just 6 points. But Irvine's semifinal dismantling of UC Riverside was a tour de force. The Highlanders struggled to run anything inside on the Anteaters, and Riverside ended up shooting just 34% from the field. As usual, Irvine won the rebounding war 32-26. Collin Welp missed 11 shots but made 11-of-13 FT's for 17 points, while Dawson Baker was 5-of-6 from the floor for 17 points. Greene blocked 3 shots and Austin Johnson blocked two. Head coach Russell Turner said, "I thought we really came out and executed well on both offense and defense. It might have been our best game of the year and it came at a critical moment, when it's not easy to play well."A treatise on UC Irvine always starts with the big men. The offense runs through Welp, a 6'9" junior forward who can step out and hit the three and requires a double-team when he is in the post. The two-time, first-team All-Big West player is an adept passer who seems to have eyes in the back of his head. He led the conference in rebounding (7.7 per game) and had six double-doubles during the regular season. He's made 35% of his 3-point attempts this season.Greene is the conference's Defensive Player of the Year. He came to UCI tipping the scales north of 300 pounds, but is reportedly around 270 now. The 6'11" redshirt senior, also named the the All-Big West second team, led the conference in total blocks (44). He swatted a career-high 9 shots vs. Cal State Fullerton. He's 3rd in the conference in rebounds per game (7.5 rpg) and 1st in offensive boards (2.6 per game). He struggles at times to finish, especially when he is tired.Baker was named the Big West's Freshman of the Year after an impressive campaign. He ranked 2nd on the team in scoring at 10.8 ppg and has a surprisingly good field goal percentage (.495) for a guard. Frankly, his play reminds me of Max Heidegger...although Max was more fearless and creative in close quarters. But Baker can drive it, hit mid-range pullups and is excellent from the perimeter (40%). Johnson will spell Welp or Greene. He has hops, and can throw down with the best of them. He averages 3.8 rebounds per game. JC Butler is a 6'5" guard/forward who starts and can make shots (48.6% from the field), make threes (34.5%) and grab some boards (2.4 pg). He's a 4th option when he's on the floor. Isaiah Lee started 25 games this season and takes more than half of his shots from three (.396). DJ Davis, Jeron Artest, Andre Henry, Justin Hohn also rotate in as guards. Watch for the immovable Emmanuel Tshimanga (7'0", 300 pounds) and Ofure Ujadughele in brief stints inside. No Irvine player averages more than 26 minutes per game.The Gauchos looked pretty good last night. Amadou Sow scored 23 points, JaQuori McLaughlin added 17 and Ajare Sanni had 16 as UCSB cruised past UC Davis 71-55. "This was a great test for our guys," said Pasternack. "Davis is a good team, but we have played with a great deal of purpose and that showed tonight." In short, UCSB is going to need every player to have their best game. This is what the whole season has been building towards. This one game. 40 minutes. It's time to overcome the bully of the Big West. It's championship time. Leave it all on the floor.